The paper entitled “Perturbation theories for fluids with short-ranged attractive forces: A case study of the Lennard-Jones spline fluid” was recently selected to be Editors Pick and ended up at the cover of the Journal of Chemical Physics.

Congratulations to Øivind Wilhelmsen, Bjørn Hafskjold, Morten Hammer and Ailo Aasen! Their recent paper, Perturbation theories for fluids with short-ranged attractive forces: A case study of the Lennard-Jones spline fluid ended up on the cover of the Journal of Chemical Physics, Volume 156, Issue 10. It was also awarded with Editors pick! 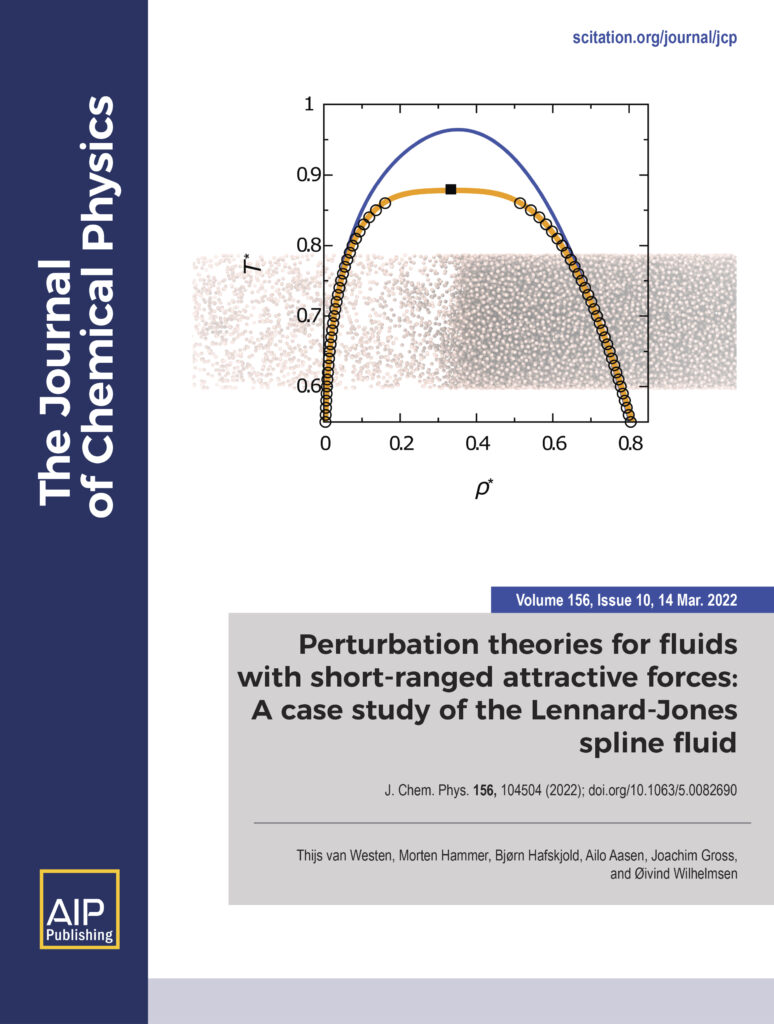 In the paper, researchers from Porelab, Øivind Wilhelmsen, Bjørn Hafskjold, Morten Hammer and Ailo Aasen have collaborated with researchers from the University of Stuttgart, Thijs van Westen and Joachim Gross in developing a new, highly accurate equation of state based on statistical mechanics to describe the thermodynamic properties of the Lennard-Jones spline fluid. The equation of state is very useful to us at PoreLab, since we frequently use the Lennard-Jones spline potential to study physical phenomena in porous media such as thermal diffusion and disjoining pressure effects. A new feature of the equation of state is that it gives an especially accurate description of metastable vapor and liquid states and describes molecular simulation results for both the binodal and the critical point up to at least 99% of the critical temperature.