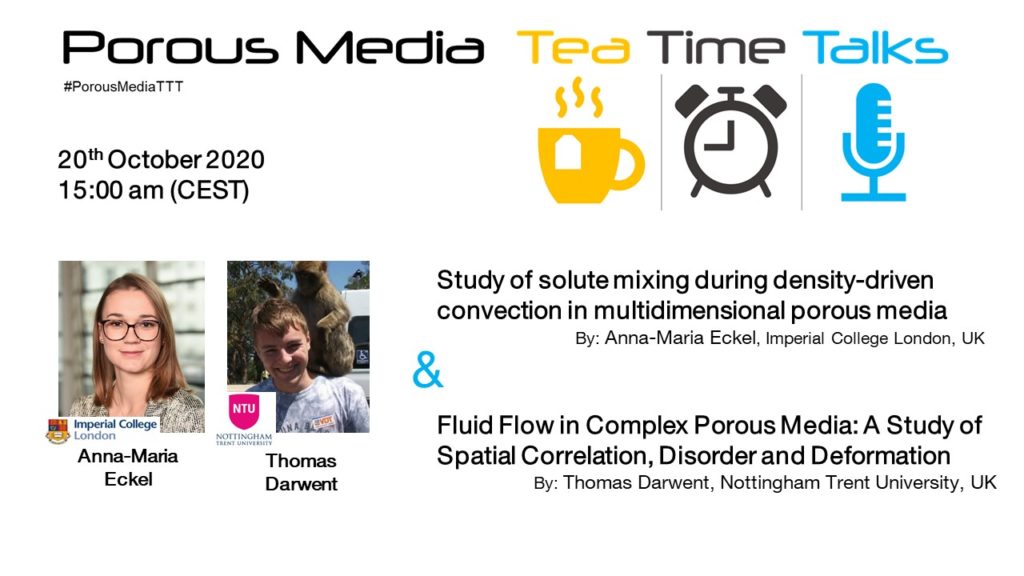 The two presentations are:

The goal of the Porous Media TTT is to act as a complimentary platform to the already very successful Geoscience and Geoenergy webinars with the focus placed on young professionals.

This year is bringing in many new challenges to the worldwide porous media community, and those challenges can be particularly harsh against those of us at an early career stage. As conferences worldwide are being cancelled or postponed, many of us are found with little practical outlet to advertise our recent work and interact with the broader scientific community. With that in mind, we, a team of young porous media researchers from different groups, have decided to create a virtual outlet, the Porous Media Tea Time Talks  to help fill in that gap in form of a regular webinar.

The 30 min webinar, including two presentations (2 x 10 + 5 min) from speakers of different institutes, will occur fortnightly at varying times to accommodate researchers from around the world.

Please feel free to share and forward the invite.