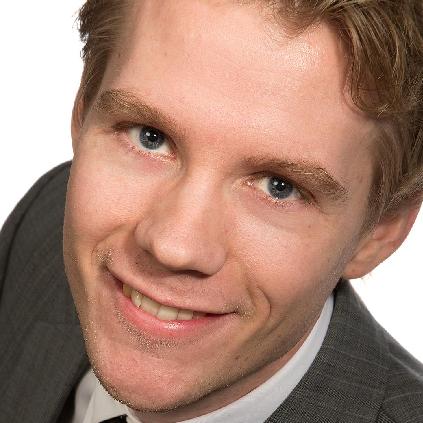 Magnus Aashammer Gjennestad has submitted the following academic thesis as part of the doctoral work at the Norwegian University of Science and Technology (NTNU):

The Faculty of Natural Sciences has appointed the following Assessment Committee to assess the thesis:

Professor Ursula Gibson has been appointed Administrator of the Committee. The Committee recommends that the thesis is worthy of being publicly defended for the PhD degree.

Prescribed subject: “Melting of ice in the porous medium, permafrost, and associated climate

Public defence of the thesis:

Please contactanne.sether@ntnu.noif you want a pdf version of the thesis.

This thesis concerns fundamental aspects of coexistence and flow of two fluid phases within porous media. Specifically, the focus is on thermodynamic stability and equilibrium on the scale of a single pore and on macroscopic steady-state properties of immiscible two-phase flow. In this work, macroscopic steady-state properties refers to time-averages of time dependent quantities that describe flow through a volume element consisting of many pores.

Capillary models are derived for free and adsorbed droplets and bubbles, and thick films in a pore. The thermodynamic stability of these structures in a specific pore geometry is mapped out and the effect of pore size and the pore being open or closed w.r.t. exchange of particles with the surroundings is explored. Equilibrium structures are found. When structures are unstable, they are found to be unstable against perturbations that can be classified as either translation or as condensation/evaporation. Furthermore, stability of thin films and droplets on a flat solid surface is considered. It is found that the often-cited criterion for stability of a flat film, which states that the flat films are stable when the derivative of disjoining pressure w.r.t. film thickness is negative, applies in open systems. In closed systems, however, stability is governed by mechanical instabilities that require a large enough substrate size to render the film unstable. Unstable droplets in both the open and closed containers are found to represent saddle points and activation barriers in their respective energy landscapes.

By pore network modelling and lattice-Boltzmann simulations in the high capillary number limit, it is found that the total flow rate follows a Darcy-type equation where the fluid viscosity is replaced by an effective viscosity. This effective viscosity can be modelled by

the Lichtenecker-Rother equation. Results from more than 6000 steady-state simulations using the pore network model are presented that range from the high capillary number limit and down to ~10-4. Variation in dimensionless output from the model is shown to be explainable by three dimensionless variables: the wetting fluid saturation, the viscosity ratio and a dimensionless pressure gradient. In the high capillary number limit, the model gives relative permeabilities that do not form straight lines when the viscosity ratio is different from one.

This thesis also addresses the computational challenges associated with calculating the thermodynamic stability limits of multi-component mixtures and the identification of extrema as minima, maxima or saddle points in variational calculus.

The Zoom link for the defense is: