Read more about the connection between three different theories proposed for the thermodynamic treatment of systems not obeying the additivity ansatz of classical thermodynamics in the last publication from Miguel Rubi and Rodrigo de Miguel.

*Author to whom correspondence should be addressed. Published in: Nanomaterials 2020, 10(12), 2471; https://doi.org/10.3390/nano10122471 (registering DOI)Received: 21 November 2020 / Revised: 3 December 2020 / Accepted: 6 December 2020 / Published: 10 December 2020 Abstract: We review and show the connection between three different theories proposed for the thermodynamic treatment of systems not obeying the additivity ansatz of classical thermodynamics. In the 1950s, Landsberg proposed that when a system comes into contact with a heat bath, its energy levels are redistributed. Based on this idea, he produced an extended thermostatistical framework that accounts for unknown interactions with the environment. A decade later, Hill devised his celebrated nanothermodynamics, where he introduced the concept of subdivision potential, a new thermodynamic variable that accounts for the vanishing additivity of increasingly smaller systems. More recently, a thermostatistical framework at strong coupling has been formulated to account for the presence of the environment through a Hamiltonian of mean force. We show that this modified Hamiltonian yields a temperature-dependent energy landscape as earlier suggested by Landsberg, and it provides a thermostatistical foundation for the subdivision potential, which is the cornerstone of Hill’s nanothermodynamics. 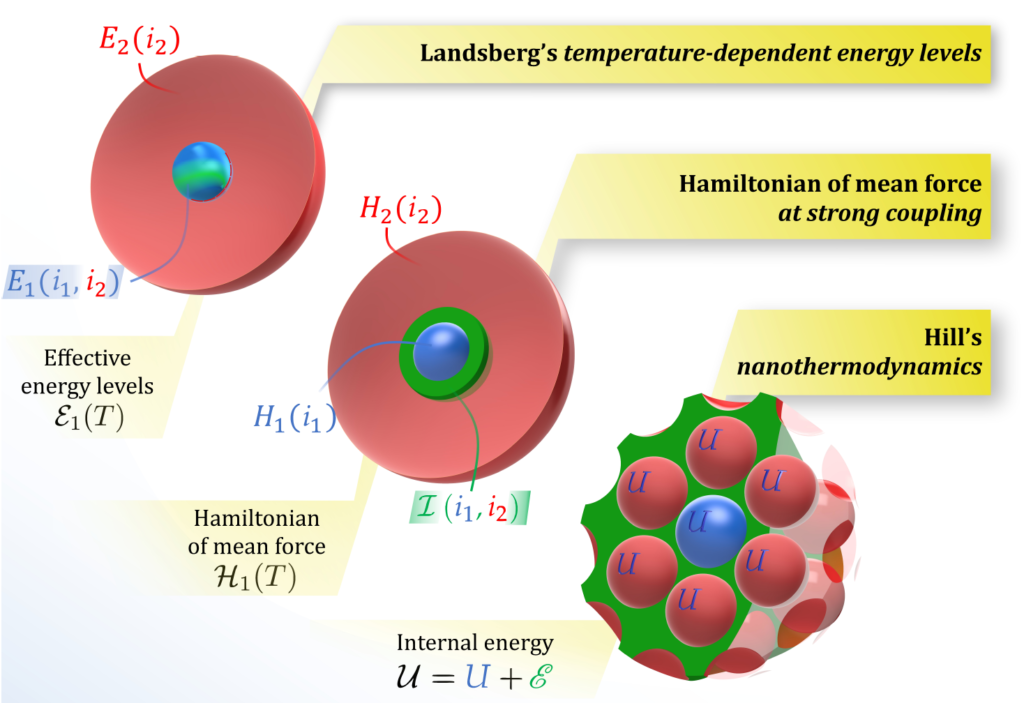