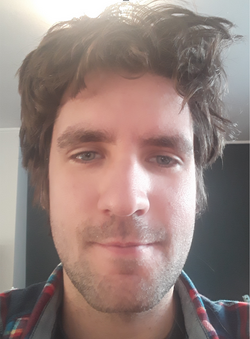 Tom Vincent-Dospital has been awarded the Prix de Thèse de l’Université de Strasbourg (i.e. the PhD Prize of the University of Strasbourg).

This prize is awarded to 20 PhD fellows every year (out of ~ 500 PhD defended every year in the whole University). This is a great achievement! From time to time, not every year, there is a prize in the doctoral school “Sciences de la Terre et de l’Environnement“, which was the doctoral school hosting Tom’s PhD. There is a similar rate for the laboratory (UMR), IPGS, now ITES: one prize every few years.

The basis for granting this prize is the PhD jury appreciation: the appreciation of the reviewers of the manuscript, letters of support of researchers, directors (i.e. supervisors), the lab and doctoral school.

Tom will receive his prize on June 18th, during a ceremony in Strasbourg.

Tom performed his PhD in geophysics and fracture physics as a Cotutelle between the Institut de Physique du Globe de Strasbourg, ITES (France) and PoreLab at the department of physics, University of Oslo, Norway.

He joined early in 2021 PoreLab UiO as a Postdoc researcher and work together with professors Knut Jørgen Måløy and Eirik Flekkøy.

Tom holds a master degree in General Geosciences from the University of Strasbourg, France and a bachelor degree in Mathematics and Physics from the Lycée Clemenceau of Nantes, France.

The dynamics of cracks is of paramount importance in material sciences and in everyday engineering, to correctly grasp the toughness of matter and of structures. It is also rather central in geosciences, for instance in the instability of seismic faults.

During the rupture of a brittle elastic medium, a portion of the external mechanical load, provided to the matrix, is dissipated in a plastic zone at the fracture tip. This irreversible dissipation, which can be characterized by a macroscopically measurable energy release rate, derives from various physical processes. In particular, a rise in temperature from the intermolecular friction, directly inside the plastic zone.

More than a marker for the damage, such a thermal dissipation at the tip can lead to an increase in the fracture velocity, as understood by statistical physics. In the present thesis, we study this possibility and propose an activation law in which the fracture induced heat is reintroduced, potentially leading to thousands-of-degrees temperatures at the tip of fast fractures. We show that such a model allows a good reproduction of the actual rupture of several materials, from the slowest creeping cracks to the fastest ruptures, and, hence, that it can explain the brittle-ductile transition of matter. The coupling between this thermal effect and the material disorder, in which cracks may propagate, is also studied.