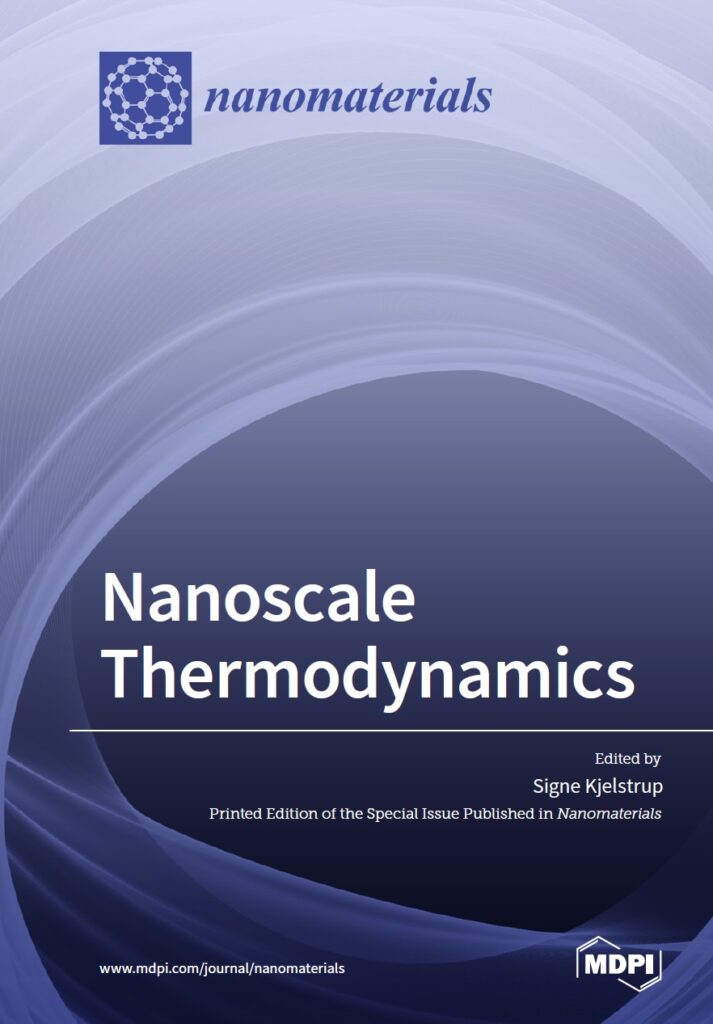 The Special Issue “Nanoscale Thermodynamics” is now online. Please check it via: https://www.mdpi.com/books/pdfview/book/4021

This Special Issue concerns the development of a theory for energy conversion on the nanoscale, namely, nanothermodynamics. The theory has been applied to porous media, small surfaces, clusters or fluids under confinement. The number of unsolved issues in these contexts is numerous and the present efforts are only painting part of the broader picture. We attempt to answer the following: How far down in scale does the Gibbs equation apply? Which theory can replace it beyond the thermodynamic limit? It is well known that confinement changes the equation of state of a fluid, but how does confinement change the equilibrium conditions themselves? This Special Issue explores some of the roads that were opened up for us by Hill with the idea of nanothermodynamics. The experimental progress in nanotechnology is advancing rapidly. It is our ambition with this book to inspire an increased effort in the development of suitable theoretical tools and methods to help further progress in nanoscience. All ten contributions to this Special Issue can be seen as efforts to support, enhance and validate the theoretical foundation of Hill