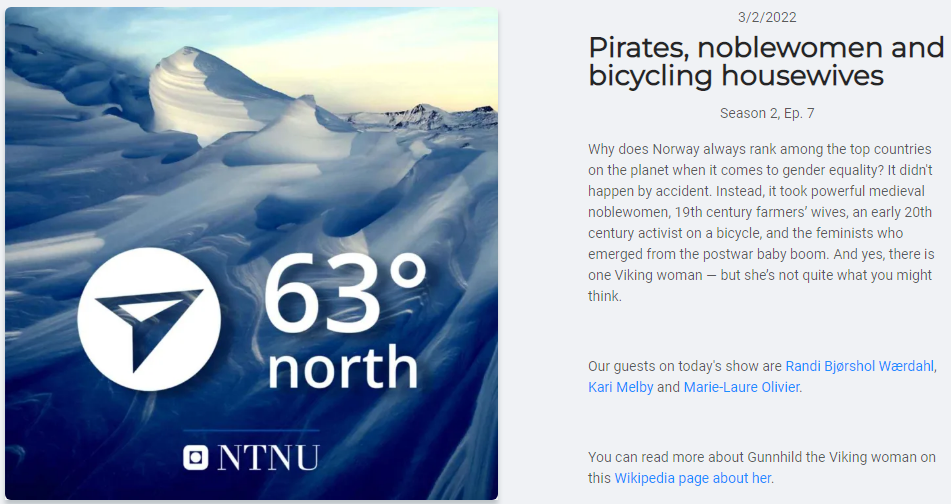 Why does Norway always rank among the top countries on the planet when it comes to gender equality? It didn’t happen by accident. Instead, it took powerful medieval noblewomen, 19th century farmers’ wives, an early 20th century activist on a bicycle, and the feminists who emerged from the postwar baby boom. And yes, there is one Viking woman — but she’s not quite what you might think.

Marie-Laure Olivier, administrative leader for PoreLab was invited to the podcast 63° North, hosted by NTNU, on March 2nd, 2022. The topic was about gender equality. Listen to the podcast here: https://shows.acast.com/63-degrees-north/episodes/pirates-noblewomen-and-bicycling-housewives